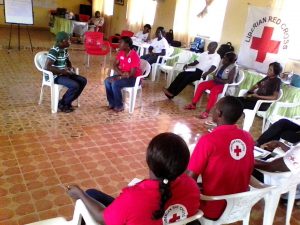 When I began working with the Liberian National Red Cross Society (LNRCS) in 2014, I did not know much about psychosocial support. But the outbreak of Ebola Virus Disease caused many psychosocial problems in the families affected by the killer virus. In my work as a contact tracing technical officer, talking to the families of people infected by the disease and survivors was central to my work of trying to trace how the virus was spreading. So I met many people who were very affected both physically and psychologically by the disease, and I needed all the psychosocial skills I had. Unfortunately, in the beginning those skills were limited.

That changed in December 2015 when I attended my first foundation training in community-based psychosocial support. The training gave me the theoretical and practical understanding of psychosocial support that I needed every day when I met with people affected by Ebola.

I completed a full course of the seven modules during the training, where I learned about crisis events, the different types of crisis, the four levels of support on the intervention pyramid, stress and coping, loss and grief, community-based psychosocial support, psychological first aid and supportive communication, children and supporting volunteers and staff. Uuuhhhhh, I can even list them on my fingertips!!  The certificate I received after the training is not only a testimony if this but a great motivation for me.

In May 2016 19 LNRCS staff members and I participated in a community-based psychosocial support training of trainers. This time we concentrated on practicing how to plan and facilitate foundation trainings. A special challenge for us is that more than 80 percent of our volunteers cannot read or write English very well, so we also had to find ways to teach that is suitable in this particular context. 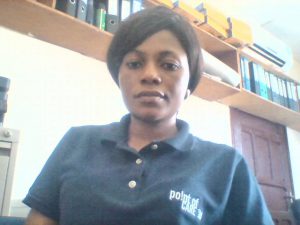 I now have a broad knowledge of psychosocial support and its components and can fully and independently apply it to my work with the LNRCS. Additionally, from the trainings, I also learned how to conduct individual and group talks with persons under distress.