This means that a wealth of experiences and lessons learned are being accumulated, but not always shared as widely as could be wished for.

The PS Centre and the Community Health and Emergency Unit in the IFRC Secretariat has arranged a series of webinars collecting lessons learned from various emergencies in recent years. The webinars are short and focused and after the webinar a recording will be made available on the PS Centre’s website.

10 January: Psychosocial support as part of a FACT mission

7 February: A large International response as seen by the hosting National Society 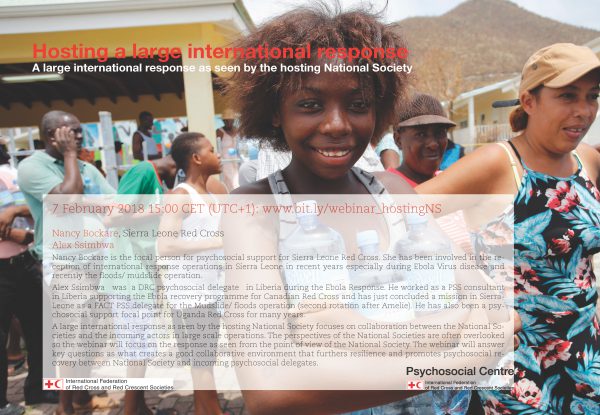 28 February: Setting up and running the psychosocial services in an ERU 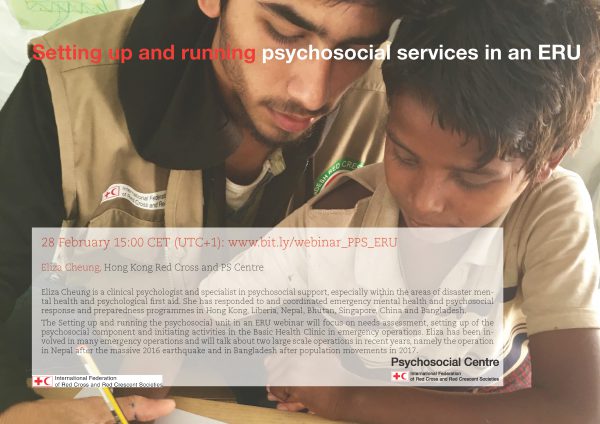 14 March: The added value of psychosocial support for coordinators of emergency operations 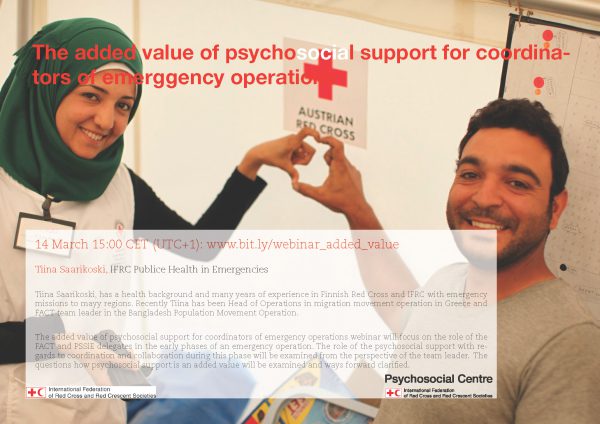