The PS Centre has recently launched new material on Psychological First Aid (PFA) in Groups -Support to teams and the methods are already making a difference in emergencies settings. Danish Red Cross delegate Pernille Hansen tells about her recent experience with PFA in Groups after Cyclone Idai in Zimbabwe earlier this year.

»In a sense the volunteers gave each other psychoeducation by sharing their experiences and how they were able to cope.«

This is one of the powerful examples on how psychological first aid works in groups.

In Zimbabwe Pernille and her team facilitated PFA in Groups and support meetings for the volunteers and staff responding to the cyclone.

As part of the PFA in Groups everyone was asked to share their story to the group and to support and complement each one on their bravery and strengths after they have told their stories.

With no exception, all volunteers and staff from the Zimbabwe Red Cross Society had devastating stories to tell.

»Everyone had lost something important – their house, their belongings, even family members,«

To share experiences and support each other is an important aspect of PFA in Groups and Pernille explains the effects of this in a concrete way:

»It was hard to hear because every single story was devastating. But I honestly believe it was a release for them to have a chance to share. The way they supported each other was incredible.«

»Both meetings ended with hugs and laughter and it was clear that from starting the meeting with quite a tense and difficult atmosphere, it ended with them feeling lighter, stronger, proud of their work and motivated.«

By using the PS Centre’s material on PFA in Groups Pernille’s case describes how this approach and method works in practices.

To learn more about the newly released material on PFA in Groups please find it here. At our website you will also find material produced by the PS Centre on basic PFA, PFA trainings and PFA for children.

All material on psychosocial support produced by the PS Centre is free and available on our website.

To attend the PFA in Groups training it is important that everyone has a basic understanding of what PFA is.
Learn more about basic PFA here. 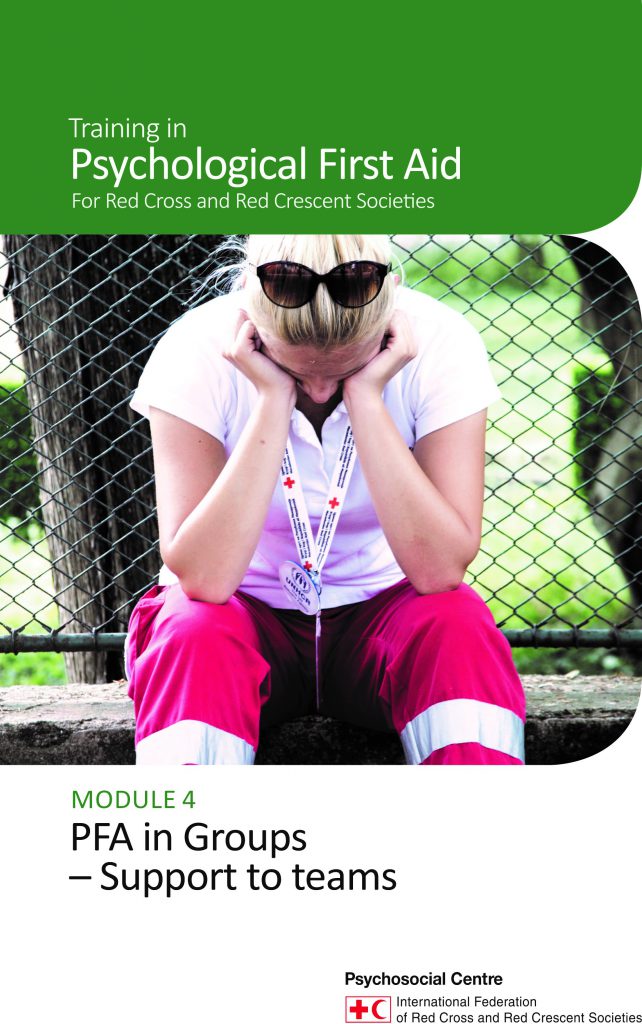