Set up and improve preparedness and response mechanisms at global, regional and local levels

Promote the resilience and thereby the rehabilitation of individuals
and communities

Facilitate psychosocial support before,
during and after disasters

The aim is to enable National Societies to understand, respond and utilize evidence based practice in meeting the psychosocial needs of vulnerable groups. Technical support, including assessment, training, support, monitoring and evaluations is key to integrating psychosocial care in (a) disaster preparedness and response (b) complex emergencies and refugee situations, (c) areas of community health, social welfare and youth. The strategic framework for the activities of the IFRC psychosocial programme for the coming five years (2016-20) is based on the May 2003 Federation Psychological Support Policy. This policy underlines the need for mainstreaming psychosocial support in the core programmes of the Federation and its National Societies and establishes the basis of Red Cross and Red Crescent interventions both in emergency response operations and in the implementation of long-term development programs. 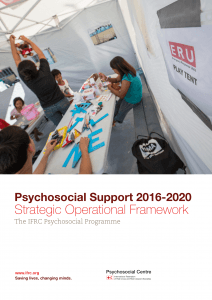 The Strategic Operational Framework (SOF) for 2016-2020 for the IFRC Reference Centre for Psychosocial Support (PS Centre) and the IFRC Psychosocial programme (PSP) is an adapted and updated version of the SOF for 2011-2015, prepared and aligned with Strategy 2020 and the strategic operational framework of the health department (global health team). The PS Centre is a centre of excellence. It was established in 1993 and is hosted by Danish Red Cross. It is mandated to support, promote, and advocate for the awareness and implementation of psychosocial support through the IFRC Psychosocial Support Programme (PSP). The objective and the functions of the Centre described in this document are outlined in the hosting agreement between Danish Red Cross and the IFRC. This document complements the IFRC Psychosocial Support Policy and provides the platform for the work and management of the PS Centre.

The International Federation of Red Cross Red Crescent Societies Psychological Support Programme emerged in the early 1990s at a time when an increasing number of National Societies realized that disasters can lead to not just physical but also mental issues in affected populations, and that the traditional way of offering relief in the form of shelter, food and medical care was often not enough.

As a result, the Reference Centre for Psychosocial Support (PS Centre) was established in 1993 as a “Centre of Excellence” to support National Societies in promoting and enabling the psychosocial well-being of beneficiaries, staff and volunteers. Hosted by Danish Red Cross and located in Copenhagen, Denmark, the Centre is a delegated function of the International Federation of Red Cross and Red Crescent Societies (IFRC).

The IFRC launches the Psychological Support Programme as a cross-cutting programme under the Health & Care Division.

The International Federation Reference Centre for Psychological Support is established

Dissatisfaction with the traditional trauma-focused mental health interventions implemented in the aftermath of disasters and conflicts is growing. Along with this, the articulation of many alternative approaches to psychosocial intervention emerges with the acknowledgement of people’s capacity for resilience.

The International Federation Psychological Support Policy Paper establishes the basis of Red Cross and Red Crescent intervention both in emergency response operations and in the implementation of long-term development programmes.

The Centre changes its name to the Reference Centre for Psychosocial Support, underlining the community-based character of the interventions.

The Centre develops the Emergency Response Unit (ERU) psychosocial support component in order to facilitate support that meets the psychosocial needs of disaster-affected populations, and to raise awareness among staff and volunteers about the benefits of providing this assistance as part of emergency response.

In cooperation with World Vision, the IFRC Psychosocial Centre has created a set of [...]

The PS Centre has developed an online training in Psychosocial First Aid package for [...] 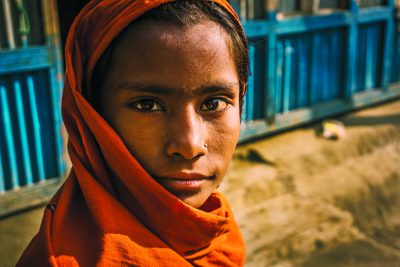 Due to the COVID-19 pandemic outbreak, and in compliance with the guidelines given by the authorities, the PS Centre has suspended all on-site trainings until August 31. including this training. Applicant who have already signed up for thes courses have been contacted directly. For further inquiries, please write to psacademy@rodekors.dk.

Due to the COVID-19 pandemic outbreak, and in compliance with the guidelines given by the authorities, the PS Centre has suspended all on-site trainings until August 31. including this training. Applicant who have already signed up for thes courses have been contacted directly. For further inquiries, please write to psacademy@rodekors.dk. 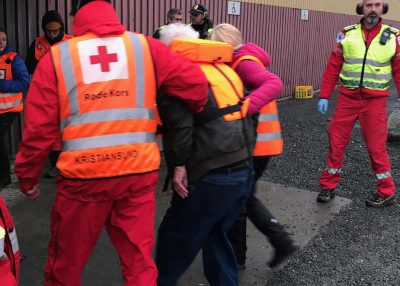 A four-day specialized course in planning, development and practical implementation of mental health and psychosocial support (MHPSS) in humanitarian settings. This training is open to participants from all humanitarian organizations working with MHPSS and related fields. The training is followed by a stand-alone introduction training day on scalable interventions. If applying for both trainings, there [...] 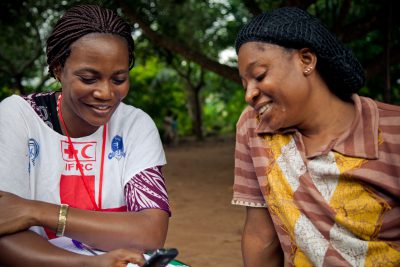